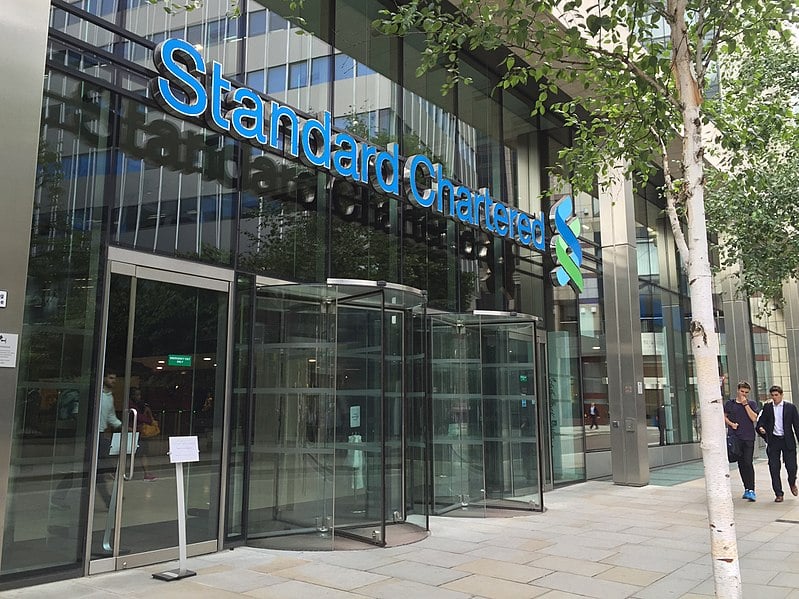 Reconsidering Africa as a potential growth market for US businesses

To describe 2020 as a challenging year feels like an understatement, to say the least. While US companies began the year with uncertainty over continuing tensions between China and the United States, by March a new, wholly unexpected series of challenges emerged as a result of COVID-19. As we look ahead to a new year, the question on many businesses’ minds will be how to build greater resilience and where to look for growth opportunities that position them strongly for the future.

A recent survey of CFOs and senior finance leaders in Europe and Americas by Standard Chartered highlighted that growth outside of the home market is a key focus for companies right now. However, entering a new market is never an easy undertaking. Cultural differences, contrasting operational styles, and mismatched regulatory expectations often present significant challenges. These may be some of the reasons why US businesses do not rank Africa as highly as other regions. Just 13% of those surveyed listed Africa as a top three potential growth market and only 2% ranked it as their first choice.

Moving in the right direction

Investors are cautious, despite the potential upside of investing in Africa. The ‘Africa Rising’ rhetoric is well known and the demographics speak for themselves: a young, dynamic workforce comprising over 20% of the world’s youth population, and a combined population predicted to reach 1.5 billion people by 2025. But alongside this, Africa also has a reputation as somewhere it is difficult to do business – indeed, only two African markets, Mauritius and Rwanda, currently feature in the Top 50 in the World Bank’s 2020 Ease of Doing Business rankings (although it is worth recognising that no Latin American nations feature in this group at all).

“Currently” is an important word to note here. We are on the cusp of large-scale change that could make accessing Africa a much more compelling proposition for US companies. Chief among them is the upcoming implementation of the African Continental Free Trade Area (AfCFTA). Launching in January 2021, the AfCFTA will be a single market with a population of 1.2 billion people and a combined GDP of over USD2 trillion according to the United Nations (although other sources estimate it could be as high as USD3.4 trillion). While its core focus is greater intra-Africa collaboration, the creation of this bloc will make the region as a whole more competitive and accessible to outside investors by ushering in wide-ranging reforms that improve transparency, reduce red tape, and simplify customs procedures.

Reforms in these areas should facilitate greater trade and investment opportunities between Africa and the rest of the world. Even before the AfCFTA comes into force, we have already seen the positive impact that greater transparency can deliver, and the trade corridors that can be opened up when higher standards are adopted. In February 2020, Namibia became the first country in Africa to export red meat to the United States, the result of more than fifteen years of negotiations over safety and logistics. Thanks to this landmark agreement – part of the African Growth and Opportunity Act (AGOA) – Namibia can now tap into the substantial and lucrative US export market, and can expect to see export volumes of beef climb from 860 tonnes this year to around 5,000 tonnes by 2025.

When bilateral arrangements of any kind are successful, they lay the groundwork for greater cooperation in the future. As formal negotiations continue between Kenya and the United States to create a bilateral Free Trade Area (in what would be the first such arrangement between the US and a country in sub-Saharan Africa), there are opportunities for the United States to build closer ties directly with particular African nations as well as the AfCFTA bloc as a whole.

As the saying goes, a rising tide lifts all boats. If the hoped-for reforms – whether they stem from the AfCFTA or bilateral agreements – can be implemented as planned in the coming months and years, the resulting improvements to ease of doing business should help endear the region to potential investors and create opportunities for African exporters and American importers alike.

From mining minerals to mining data

Trade corridors are only part of the story. Foreign Direct Investment also offers mutually beneficial opportunities for investors and industry looking to expand. Despite the pandemic, we have just seen the largest FDI investment into Africa to date when in July, Total SA announced USD14.9 billion of project financing for Mozambique LNG, the country’s first onshore liquified natural gas project. This deal included USD5 billion of financing from the Export Import Bank of the United States, alongside other Export Credit Agencies, 19 commercial banks, and the African Development Bank, and represents a resurgence in FDI flows into Africa which have remained largely muted since 2014.

Oil and gas, natural resources, and precious minerals have long been synonymous with Africa, but the continent represents much more than a supply of raw materials to be extracted. In recent years, many international corporates have recognised the value Africa has to offer when it comes to technology and innovation, from its young, tech-savvy population to its ability to leapfrog outdated infrastructure by moving straight to digital, as we have seen with mobile payments solutions such as M-PESA.

As Africa’s population soars in the coming decades, its emerging middle class will grow as well – an audience of consumers who will want and expect the same access to online services and connectivity enjoyed elsewhere in the world. The big players in global tech are already investing to capitalise on this growing audience and demand. On the infrastructure side, in South Africa, Microsoft has opened hyper-scale datacenters with a focus on cloud-based business innovation. Google is currently in the process of branching its Equiano underwater cable to extend connectivity to more countries across the West of Africa, while Facebook is building a 37,000km cable around Africa which aims to deliver almost three times the current subsea network capacity.

And investing in talent is also a key focus. Google’s Grow with Google and Digital Skills for Africa programmes aim to help young people develop skills in areas like data science and cloud computing. Microsoft has launched the Africa Development Center in Kenya and Nigeria which will see local engineering talent using data science, AI, and machine learning to drive innovation in sectors including FinTech and AgriTech. Facebook also has its sights set on Nigeria, with a new office planned to open in Lagos in 2021 to foster home-grown engineering talent and boost the company’s presence across sub-Saharan Africa.

Building for the future

The challenges we have seen in 2020 have demonstrated that companies need to become more resilient and take steps to better insulate themselves against potential shocks. A key part of that is ensuring that supply chains are more robust. The early stages of the coronavirus outbreak brought into sharp relief the need for a tangible alternative to China in particular as a supply base link and Africa is well-positioned to fill that gap, as well as being an area with a growing talent pool that will appeal to investors.

Although the improvements that we hope to see as a result of the AfCFTA and other reforms will not be realised overnight, it is worth noting that it also takes time to diversify a value chain, to establish a pipeline of talent, or to meet the needs of a new audience. If these things converge in the coming years, that may well give investors the reassurance they need to reconsider Africa as a growth market if not for today, then perhaps for the not too distant future.

This page was paid for by Standard Chartered. The editorial staff of CNBC Africa had no role in the creation of this page.