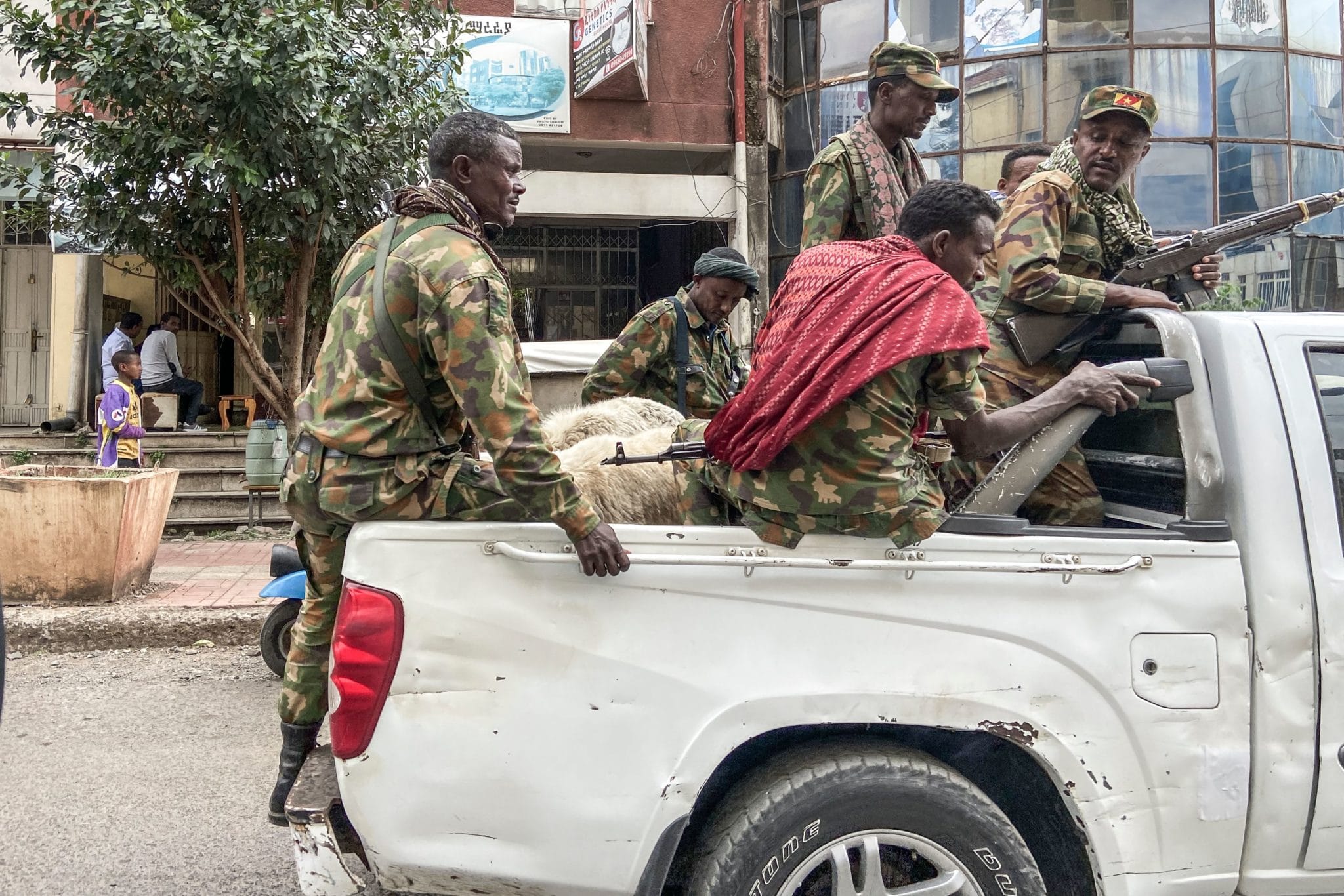 ADDIS ABABA (Reuters) – Ethiopia sought to tighten its grip on the rebellious Tigray region on Friday by appointing a new local leader during a military offensive that has killed hundreds and shaken the wider Horn of Africa region.

Federal troops’ 10-day push against the northern state has sent refugees flooding into Sudan and raised fears it may suck in Eritrea or weaken an African force opposing Islamist militants in Somalia if Ethiopia diverts troops from there.

It may also blemish the reputation of Prime Minister Abiy Ahmed, who won a Nobel Peace Prize for a 2018 peace pact with Eritrea and had won plaudits for opening Ethiopia’s economy and easing a repressive political system.

Abiy accuses the Tigray People’s Liberation Front (TPLF), which rules the mountainous region of more than five million people, of treason and terrorism. They say he has systematically persecuted Tigrayans since taking office in April 2018.

The conflict began last week when Abiy says the TPLF attacked a military base, since when his army has been carrying out air strikes and ground combat which the government says has “liberated” west Tigray.

“The Chief Executive will recruit and appoint heads to lead executive organs of the regional state from political parties legally operating in the region,” he tweeted.

Current Tigray leader Debretsion Gebremichael, who won a local election in September despite central government orders to cancel it, has been formally accused along with other TPLF officials of treason, armed rebellion and terrorism.

They say their region has been invaded.

There was no immediate response from Debretsion or other TPLF figures to Friday’s appointment. A dissertation by Mulu, published on the web site of Twente University in the Netherlands where he obtained a doctorate in 2012, states his place of birth as Tigray.

News also came on Friday that the African Union (AU) had dismissed its security head, an Ethiopian national, after Abiy’s government accused him of disloyalty.

An AU official confirmed the two letters. The defence ministry did not immediately respond to a request for comment.

Horn of Africa expert Rashid Abdi said Gebreegziabher was Tigrayan and his departure from the AU post was part of the Abiy government’s efforts to sideline prominent Tigrayans.

“The purging of competent Tigrayan officials in the midst of the conflict is not good for the morale of the (security and military) services,” he said, referring also to other removals of Tigrayan officials since the military offensive began.

“It also plays into the notion that this is essentially an ethnic war masked as a centre-periphery power struggle.”

Abiy’s opening of political space since taking office in 2018 has exposed ethnic fractures in Africa’s second most populous nation of 115 million people. Before the Tigray flare-up, clashes killed hundreds and uprooted hundreds of thousands.

Communications in Tigray are cut and media have been barred, but security sources have told Reuters hundreds of combatants have been killed on both sides.

Both sides have accused each other of harming civilians.

Rights group Amnesty International said on Thursday that scores and possibly hundreds of civilians were stabbed and hacked to death in the region on Nov. 9, citing witnesses who blamed the TPLF. Debretsion denied that in comments to Reuters.

More than 11,000 Ethiopian refugees – half of them children – have gone to Sudan since fighting started and aid agencies say the situation in Tigray is becoming dire. Even before the conflict, 600,000 people there were reliant on food aid.

Ethiopia’s national army is one of Africa’s largest and highest-trained. But its best fighters are from Tigray and much of its hardware is also there, under the Northern Command.