South Africa’s top court has dismissed an appeal by the department of environmental affairs to keep a moratorium on the domestic trade in rhino horn, according to court documents seen by Reuters on Wednesday.

Pelham Jones, chairman of South Africa’s Private Rhino Owners Association which was one of the respondents in the case, told Reuters this meant that the sale of rhino horns was legal in South Africa.

A global ban in the horn trade, which is regulated by a U.N. convention, remains in place.

Africa 24 Media announces the official launch of the continent’s first all factual video on demand platform. Yebo (www.Yebo.live/en/) aims to be the guide of Africa through stories. Making the announcement the company’s Founder and C.E.O, Asif Sheikh, said this is a huge milestone for Africa 24 Media and the continent at large. “For two decades I was away from home, studying and working in North America. While there, I constantly craved for news back home, sadly, all we got
Read more
APO

Download logoFellow South Africans, as at today, the total number of confirmed COVID-19 cases is 1187. We must outrightly state that these numbers do not indicate a reduction in the number of infections. It is merely a reflection of positive results that were received, verified and ready for today’s reporting. The provincial breakdown is as follows: GAUTENG 533 WESTERN CAPE 271 KWAZULU – NATAL 156
Read more
Coronavirus

The number of coronavirus cases in Kenya has jumped to at least five (by 19 March) after the government confirmed more cases. President Uhuru Kenyatta has announced a raft of proactive measures to prevent the spread of the virus.

Barely three months into the COVID-19 outbreak, stock markets have plummeted, and global supply and production systems have wobbled. Across the world panicked shop

Creating opportunities out of Nothing: The Start Up Story of Nigerian Kator Hule 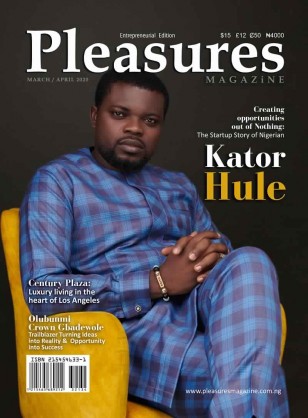 Sometimes entrepreneurship isn’t planned for, it emerges. For Kator Hule, entrepreneurship emerged at age 10 when he was a sales representative and at 11 years as a professional photographer in the small town of Lessel, Benue State Nigeria. But after he graduated from university, Kator moved from Benue, his home state to Abuja, the nation’s cap

How LGBTQ+ Pride Went From Movement To Marketing

With all of the changes to this year’s Pride lineup, many are left wondering how these virtual events will maintain their support of small LGBTQ+ owned businesses, like restaurants, bars, and brick-and-mortar stores, as well as LGBTQ+ focused nonpr
Read more
Videos

Today, June 1st marks our 13th Anniversary at CNBC Africa. As we celebrate our work and experiences at a time when the world is subdued by the coronavirus, here are views of some of our top analysts and friends from over the years....
Read more
Videos

Capital Appreciation, a JSE fintech player raised its final dividend by over 17 per cent following an increase in annual revenue and profits. The payment solutions provider saw increased demand for its digital and cloud based services and said the Covid-19 pandemic has not impacted earnings negatively. Bradley Sacks, Joint CEO at Capital Appreciation joins CNBC Africa for more.
Read more
Videos

COVID-19 lock-down: This is how much SA’s alcohol ban cost the economy

After a two month ban on liquor sales, stores reopened today and thirsty consumers were waiting in line to replenish their stock. While the industry expects liquor sales to spike in the coming days, the ban on sales during the Covid-19 lock-downs has cost over 117,000 jobs. That’s according to the South African Liquor Brand owners Association (SALBA). SALBA CEO, Kurt Moore joins CNBC Africa for more.
Read more

As we go through this global pandemic together, it is the little things we miss. A high five, a handshake, a walk...
Read more
Brandcom

VIVO CEO is a dynamic leader for this innovative global brand

May 2020 -- Six months ago the vision for vivo in South Africa was just beginning to...
Read more

For billionaire Bill Gates, reading and watching TV and movies helps “stem the tide” of anxiety amid the Covid-19 pandemic, he said in a blog post on May 18.
Read more
Insights

“In my experience, it is rare to find one that really captures what it’s like to build and operate an organization or that has tips you could really put into practice,” says billionaire and Microsoft co-founder Bill Gates.
Read more
International News

Why Germany’s coronavirus death rate is so low | CNBC Explains

"So my appeal really is that we dispense of this issue. That we stop this culture of frivolous allegations around the times of elections. And allow the African Development Bank to support the African continent at this important time.”
Read more
- Advertisement -
CNBC AfricaFirst in business worldwide
Facebook
Instagram
LinkedIn
Twitter
Youtube

To be updated with all the latest news, offers and special announcements.

Any cookies that may not be particularly necessary for the website to function and is used specifically to collect user personal data via analytics, ads, other embedded contents are termed as non-necessary cookies. It is mandatory to procure user consent prior to running these cookies on your website.