JOHANNESBURG (Reuters) – South African tycoon Christo Wiese on Friday called off plans to sell his stake in grocer Shoprite (SHPJ.J) to Steinhoff’s African arm (SRRJ.J), a day after he resigned from Steinhoff’s board in the midst of an accounting scandal.

More than $10 billion has been wiped off retailer Steinhoff’s market value in the last two weeks following the disclosure of accounting irregularities and also its chief executive’s exit.

Steinhoff, owner of more than 40 retail brands including Conforama, Mattress Firm and Poundland, in August revealed plans to buy a controlling stake in Shoprite through its African spinoff Steinhoff Africa Retail in a share deal worth 35.5 billion rand ($2.68 billion).

Wiese, the largest shareholder in both companies at that time, had said that he wanted to do this deal to consolidate his holdings.

But Steinhoff Africa Retail said on Friday the deal had been terminated. It did not give reasons for the decision.

The decision to call off the sale follows Wiese’s decision to quit as chairman of Steinhoff to reinforce independent governance and address any possible conflict of interest.

Steinhoff named Heather Sonn, a member of the supervisory board and its independent sub-committee, as acting chairperson.

The crisis has tarnished Wiese’s credentials as one of South Africa’s most respected stewards of shareholder capital, stripped him of his billionaire status and reduced his 22.8 percent stake in Steinhoff to 20.5 percent.

Banks have sold 98.4 million of the shares they used as security to lend Wiese 1.6 billion euros ($1.89 billion) to fund the purchase of additional shares in Steinhoff in September 2016.

Steinhoff did not name the bank or banks that have exercised their security rights over the stock. Citigroup, Goldman Sachs, HSBC and Nomura provided financing, which was backed by 628 million shares, or 15 percent of the company.

Steinhoff, which moved its primary share listing from Johannesburg to Frankfurt two years ago, has been under investigation for suspected accounting fraud in Germany since 2015. Four current and former managers are under suspicion of having overstated revenues at subsidiaries, prosecutors said.

It has previously said that the investigation related to whether revenues were booked properly, and whether taxable profits were correctly declared.

Steinhoff’s shares fell a more than 8 percent on Friday in Johannesburg and Frankfurt. 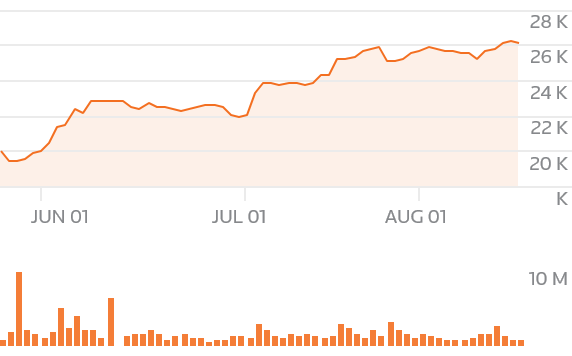 South Africa’s Independent Regulatory Board for Auditors (IRBA) said on Friday it was investigating Steinhoff’s auditor, Deloitte South Africa, for the audits of financial years ended 2014-2016.

Steinhoffs Africa Retail said earlier on Friday it was preparing to repay $1.2 billion it owes to its parent, a move that would go a long way to plugging a $2.4 billion liquidity hole in the group.

Reuters had reported on Tuesday that Steinhoff was also considering selling its stakes worth $1.4 billion in PSG Group and the KAP Industrial to fill the hole in its balance sheet.

Steinhoff has also has also hired U.S investment bank Moelis & Co to help it prepare for a delayed meeting with lenders in London next week to discuss its financial health.